Listed as a historic monument in 1992, this concert hall with exceptional acoustics is located 200 m from the Champs Elysées.
Since its very first concert in 1907, this prestigious hall has always been a Mecca for classical music. Restored with more modernity while keeping the sobriety and the splendour of the hall, the architect has tried to recover the strict golden grey of the historical decor, and the originality of the lighting with its bare bulbs "like pearls on the ceiling". Reconstructed identically, the armchairs with metal legs and wooded frame return to the original buttercup yellow.

The venue is divided into two modular spaces: an auditorium with 1000 seats on three levels offering numerous modular configurations for 300 to 900 people, as well as a 130 m2 modular stage. Perfect for conventions, general meetings, seminars or product launches.
The 450 m2 reception room has an adjacent 120 m2 area with a capacity of 800 people for cocktails and 250 people for seated dinners. 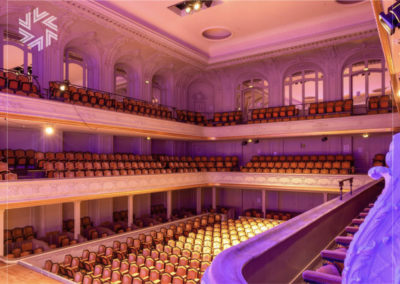 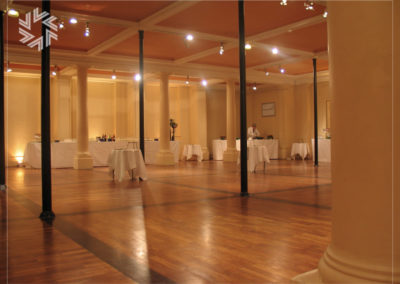 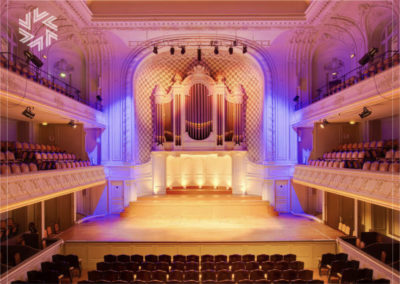 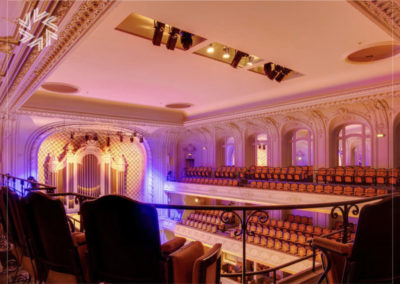 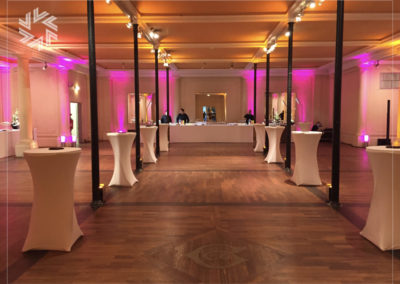 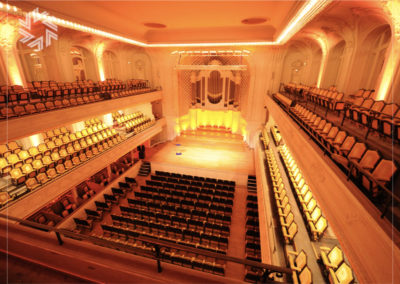