The Orient Express, who hasn't dreamt of it one day? Linking Paris to Istanbul as early as the 19th century, via Venice, Vienna and the Balkans, this mythical train has embodied luxury travel and the French art of living since 1883. Nicknamed "The king of trains, the train of kings", the Orient-Express combines innovation and elegance and is one of the jewels of French railway heritage.
Around 1920, the Compagnie Internationale des Wagons-Lits called upon the Master Glassmaker René Lalique and the decorator René Prou to fit out certain carriages. Glass panels, marquetry of precious woods... The Orient-Express thus became an expression of Art Deco.

The myth of the Orient-Express was also built through literature and cinema. Many authors find inspiration in it: Joseph Kessel, Ernest Hemingway and Agatha Christie. The British novelist met her husband there and her travels on board inspired her to write three novels, including the famous The Crime of the Orient-Express, which will bring the train to posterity.

Magnificently restored, the 7 carriages of the Orient Express (2 Lounge carriages, 3 Restaurant carriages, 2 Bar carriages) welcome your guests for an exceptional journey departing from the station of your choice or also on a privatized platform in a non-rolling format.
For your lunches and dinners, a refined gastronomy will be served to you during an exceptional gourmet getaway. 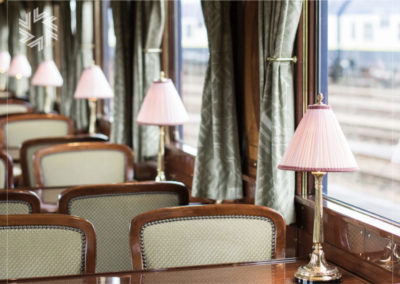 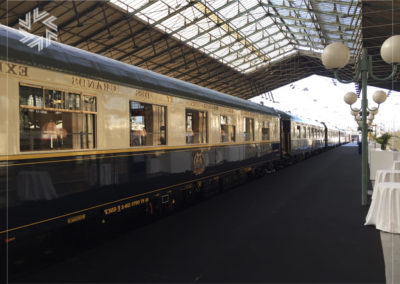 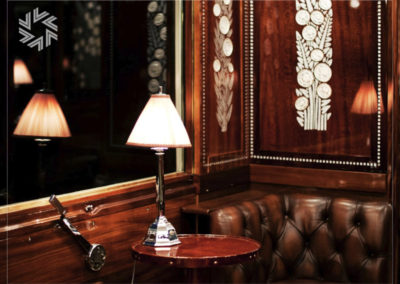 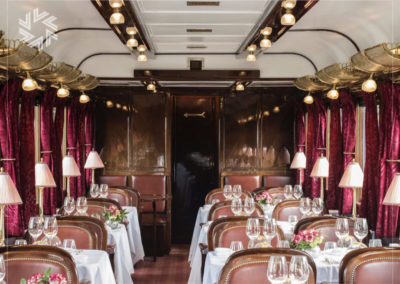 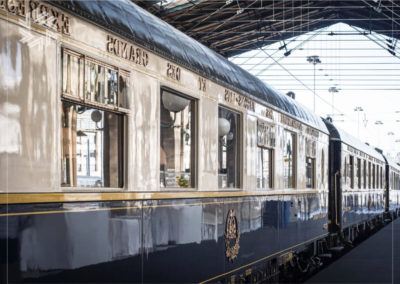 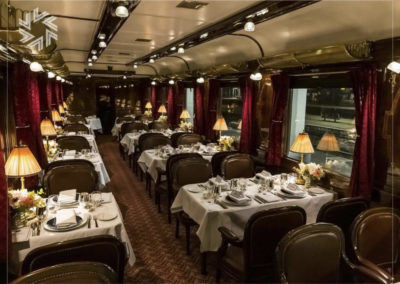