In the heart of the capital, in the 9th arrondissement, La Verrière offers you a historical treasure, a multi-faceted showcase: under a majestic dome on the 6th floor of one of the most famous places in Paris, an exceptional 800 m² space revisited by the great designer Didier Gomez. The only vestige of the history of this temple of fashion, the art deco dome made in 1923 by the great master glassmaker Eugène Brière illustrates one of the most beautiful pages of the heritage that this Parisian symbol represents. A Mecca of Parisian life, this exceptional space can accommodate up to 450 people for cocktails or seated dinners.

Due to the risk of bombing in 1939, the Coupole was removed from its 3185 glass panels and placed in a warehouse. Time passed and the pieces were forgotten. It is only in 1973 that the stained glass windows came out of oblivion. They were put back in place and it was Brière's grandson, himself, who restored the Coupole according to the original plans kept in the family workshop.
Its 16 metres high and 20 metres in diameter have regained their former splendour. The Coupole, like the façade of Le Printemps, is now listed as a Historic Monument.

For more intimate meetings, the small rotunda of 35 m2 with a breathtaking view of the rooftops of Paris and the Sacré-Coeur, is the ideal place for a meeting or a conference in small groups but also for lunch for up to 30 people. 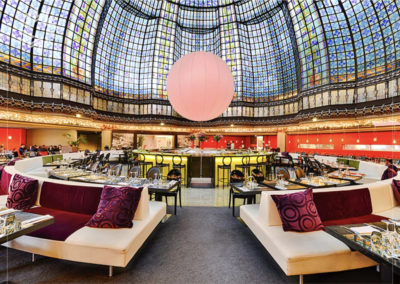 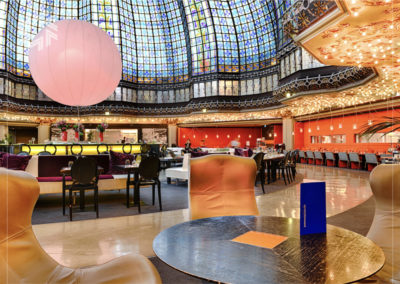 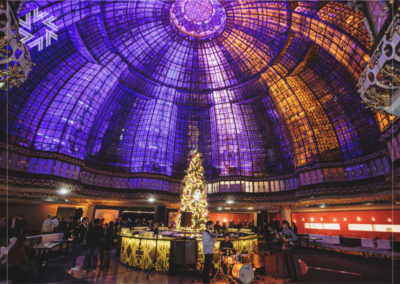 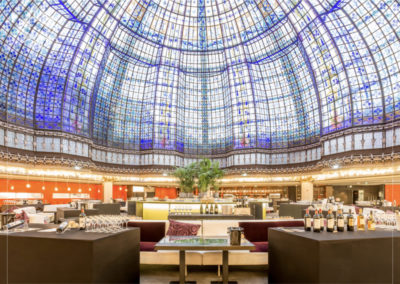