Created in 1937 as part of the international exhibition "Arts and Techniques in Modern Life", the rotunda was given the western half of the Grand Palais, then known as the Palais d'Antin, and an annex specially created to host this temporary event. Given its great success, the exhibition eventually became a permanent museum dedicated to science and its discoveries.

Ideally located in the "golden triangle" of elegant, historic and touristic Paris, the Rotonde is a sought-after showcase for prestigious events. In an elegant and hushed setting, it displays the finesse of its floral mosaics under the impulse of a vertiginous sculpted dome.
It has a neo Louis XIV-Louis XV decoration affixed to a metal structure. The building respects an exact symmetry with, in the centre, a central rotunda consisting, on its floor, of a mosaic and, on its dome, a group of sculptures representing allegories of the Arts as well as an impressive glass roof.

La Rotonde also offers other spaces according to your needs: it has two amphitheatres (120 and 180 seats), 8 sub-commission rooms to host your congresses, company conventions, trade shows. 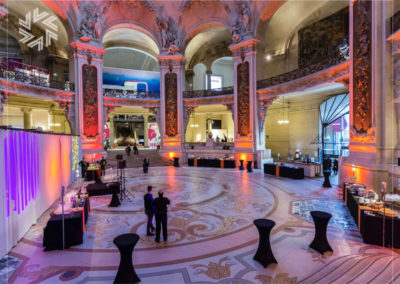 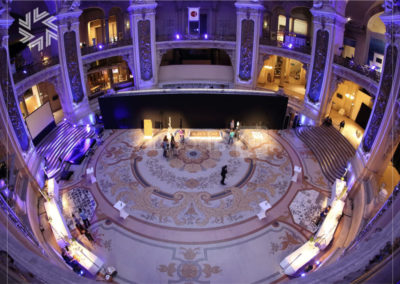 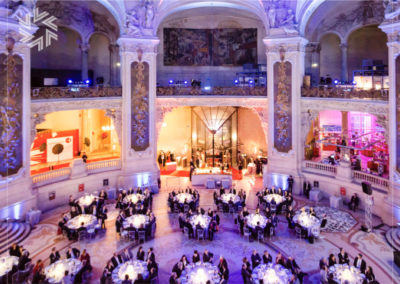